VTI develops models for crash tests of both women and men 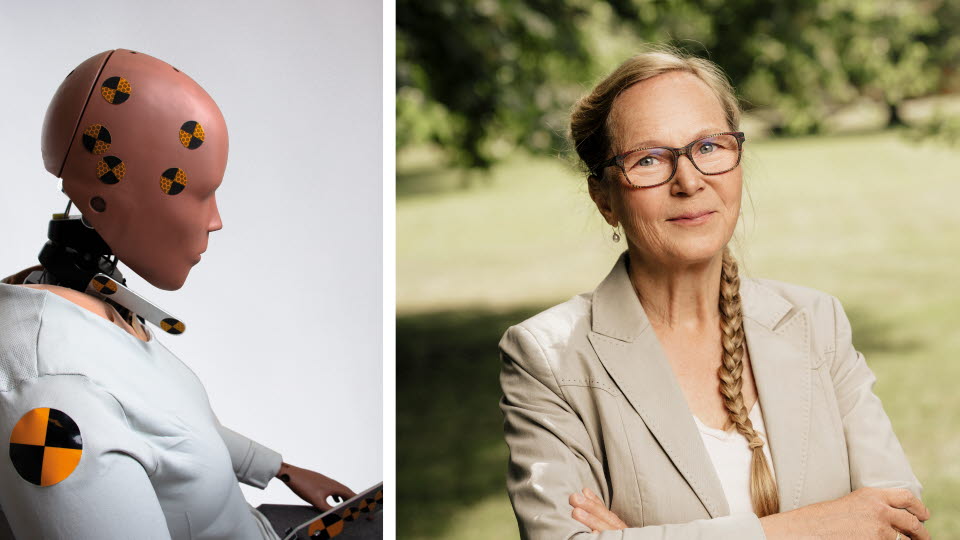 The aim is to be able to evaluate the protection provided by car seats in the event of a collision – and that it applies to everyone, regardless of gender. This is not the case today. Researchers at VTI and Chalmers have therefore developed two seat evaluation tools that correspond to a female and a male occupant, respectively. Meet two physical prototypes of Seat Evaluation Tool – SET 50F and 50M.

In a traffic accident, women are at greater risk of injury than men giving the same crash circumstances. The number of soft tissue neck injuries among women has been found to be particularly high. On average, women are twice as likely to sustain these injuries. Studies from all over the world point to the same results, including those from Folksam.

The aim of this research project has therefore been to develop new seat evaluation tools for an average female and male occupant.

“We, and a group of European researchers, started with the seat evaluation tool already some ten years ago by developing a prototype within an earlier EU project. We then received Vinnova funding to develop a new concept for the spine,” says Astrid Linder, Professor of Traffic Safety at VTI, responsible for the development of the research area crash safety and biomechanics.

The focus areas have been human-like movement of the spine, neck and shoulders, and realistic body softness to provide good interaction with the vehicle seat. Parts produced with very high precision were of high importance, something which VTI's workshop was able to provide. The vertebrae are made of aluminium. The abdomen and the torso are made of polyurethane (PUR), the torso being slightly more rigid than the abdomen. The neck vertebrae are made of strong polyoxymethylene (POM).

The SET models are designed to allow the shoulders to be pushed forwards and backwards. The models are able to mimic the impact of an accident, thanks to the fact that the whole lot is loosely encapsulated in the torso, i.e. the rubber mass. The vertebrae of the SET models can be rotated around their vertical axis and there are many other details that make it as similar to the human body as possible.

There is a great deal of interest internationally. Discussions are ongoing with testing organisations in both Europe and the USA to complete development of the SET models for evaluation of protection against injury in a collision.

The SET development has been part of the EU research project VIRTUAL, Open Access Virtual Testing Protocols for Enhanced Road User Safety. The project is funded by the Horizon 2020 framework program of the European Commission and has 15 partners. The research team of the SETs has consisted of Professor Astrid Linder (coordinator for VIRTUAL), Research Engineers Magnus Karemyr and Tommy Pettersson from VTI, and Professor Mats Svensson from Chalmers.

Astrid Linder presented the research results at the international Transport Research Arena Conference TRA2022. The conference was held from 14 to 17 November 2022 in Lisbon, Portugal, and is the largest transport research event in Europe.

Stay informed with the latest research and news from VTI. Sign up for newsletters, sent by e-mail four times a year.